After a very successful event on 17th March we just couldn’t wait to share a little interview we had with the band vocalist Simon, and some photographs which were taken on the day by the talented James White.

How did the idea of forming a band came to you?

We all met at different places and on different dates; Tim was playing jazz tambourine in a jazz/soul/funk quintet and we just like the way he blew stuff.  Debs joined after making an exhibition of herself fiddling in front of loads of people.  Chris wanted to reach into his ‘folkie’ soul and give up on the search for rock stardom and I, Simon, was a banjo player who just needed some mates.

‘Cos it’s great! And also because all music is folk music, as I don’t think anyone has heard a cow sing.

Tell me a little bit about yourselves. How long have you known each other?

We have all been friends for quite some time, in fact Tim and Chris were ‘womb friends’ who listened to each other’s mummy’s tummy rumbles, and it sort of grew from there really.

What is your passion in music?

Notes and lyrics, usually in the right order, and sometimes we even think about keys too.

Tim is a goatherd, and loves being lonely in the hills. Chris and Debs run a childcare scheme so their parents can go to the pub when they want and I have been mistaken for a film star quite a few times.

Have you ever been to the Queens Hotel?

The Queens evokes a long list of memories for us all; the sad thing is that as we have aged, we can’t really remember them that well.  We just apologise if we trashed any rooms in our exuberant youthful rock ‘n roll days..

What has been the biggest performance for your band so far?

We headlined a show for an under 9’s football team who had all gone to bed by the time we started, that would have been an epic gig!

How excited were you about performing at the ‘Queens’?

We couldn’t contain ourselves, playing for the monarchs of this country, what can we say? 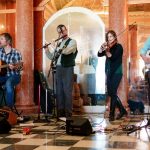 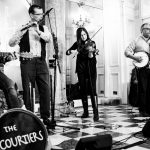 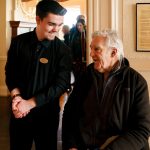 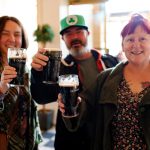 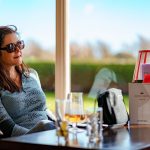 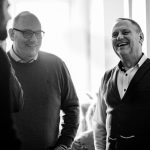 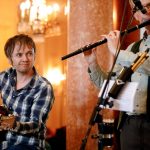 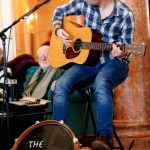 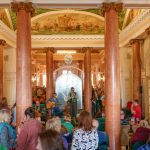 To receive images from this or any other event, please email our Social Media Co-Ordinator on ainasutka.queenshotel@hotmail.com

We just wanted to say a great big THANK YOU to everyone who has supported live music at the Queens Hotel this summer. We had a wonderful weekend hosting our final music event of the season...

For any couples that are looking to hold their intimate Wedding in October or November 2020, we have the perfect package.   For £25 per person, you will receive:  Our popular Afternoon Tea A glass of...